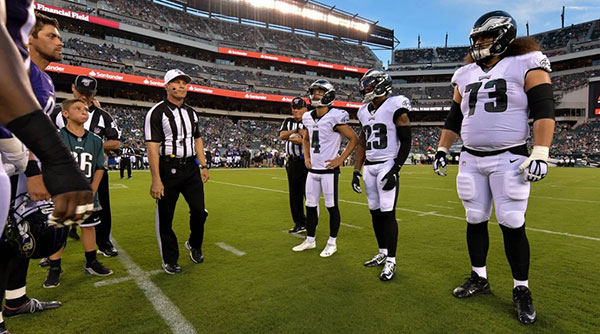 Rodney McLeod admitted he had some nerves. After all, he hadn’t played since early in the 2018 regular season before suffering a knee injury that KO’d him for the remainder of the year and earned him a ticket in the athletic training room for the next 11 months.

Thursday night, then, was special for McLeod. You can say that preseason games don’t matter, but McLeod would disagree. McLeod started and played with the first-team defense in the Eagles’ 26-15 weather-shortened loss against Baltimore, but that didn’t matter. What mattered is that McLeod played, made a tackle, and felt great afterward.

“It’s been a long journey, man,” McLeod said. “I had some nerves. I was excited, nervous, all of that. It had been such a long time since I played and I was anxious to get out there and shake out the nerves. It felt great. I was so excited. It was like I was a rookie all over again.”

You can read the full article HERE.