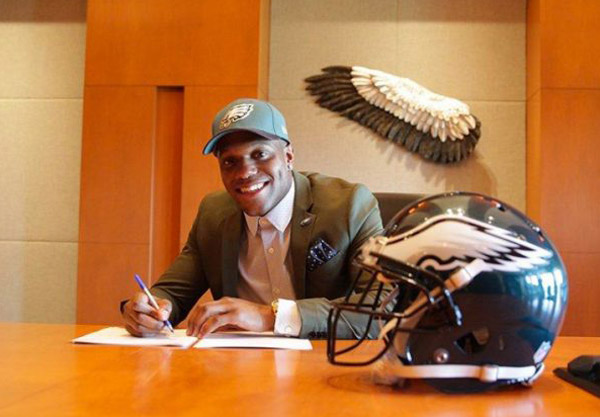 Former Rams safety Rodney McLeod has agreed to a five-year deal with the Philadelphia Eagles, the Eagles announced Wednesday.

The deal is worth $37 million with $17 million guaranteed, sources told ESPN on Wednesday. He will earn $9 million in the first year, a source told ESPN.

McLeod, 25, developed from key special-teams contributor to starting free safety by 2013 and became a staple in the Rams’ secondary.

The Rams used a second-round tender on McLeod as a restricted free agent before last season. They originally signed him as an undrafted free agent out of Virginia in 2012.